Squeeze Back for TV Commercial

What is a Squeeze Back?

Squeezeback is a process that reduces the size of a video or image (such as a television display) to allow other items (such as logos, text crawls or graphics) to be seen in the display area.

squeeze back advertising is now growing popular ,  even the cable news networks are now frequently running commercials during special events in a large box alongside a smaller image of their coverage.

Most of them are running the L-Squeeze Back Style ,  So the networks’ thinking is that as long as there is program content on the screen, viewers will be less likely to switch channels, so its a win-win situation , And for designers its even easier to implement.

Is there a Specific Software to do this?

Yes, there is Casper CG!

CasparCG Server is a Windows and Linux software used to play out professional graphics, audio and video to multiple outputs as a layerbased real-time compositor. It has been in 24/7 broadcast production since 2006. And the best, it's free. Used by most broadcasters in Europe.

Can we do it with any other methods?

Yes you can , Even your favorite Adobe Products can achieve this ,  Let us show you the measurements and example for inspiration 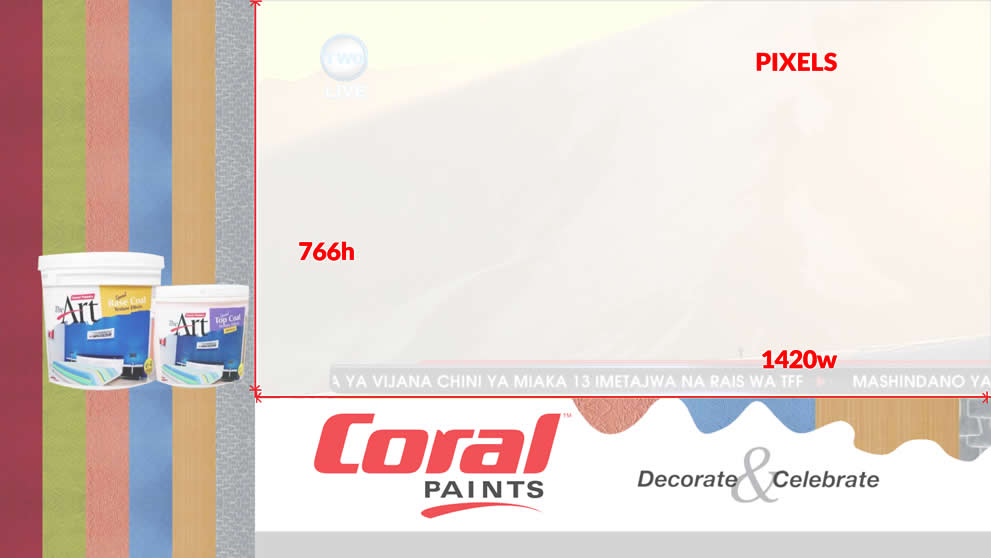 Also here are some few examples ... To get a good picture where to write your campaign message and logo of the firm , In this case , this can be seen with whats going on Azam TV ,  On their chanels 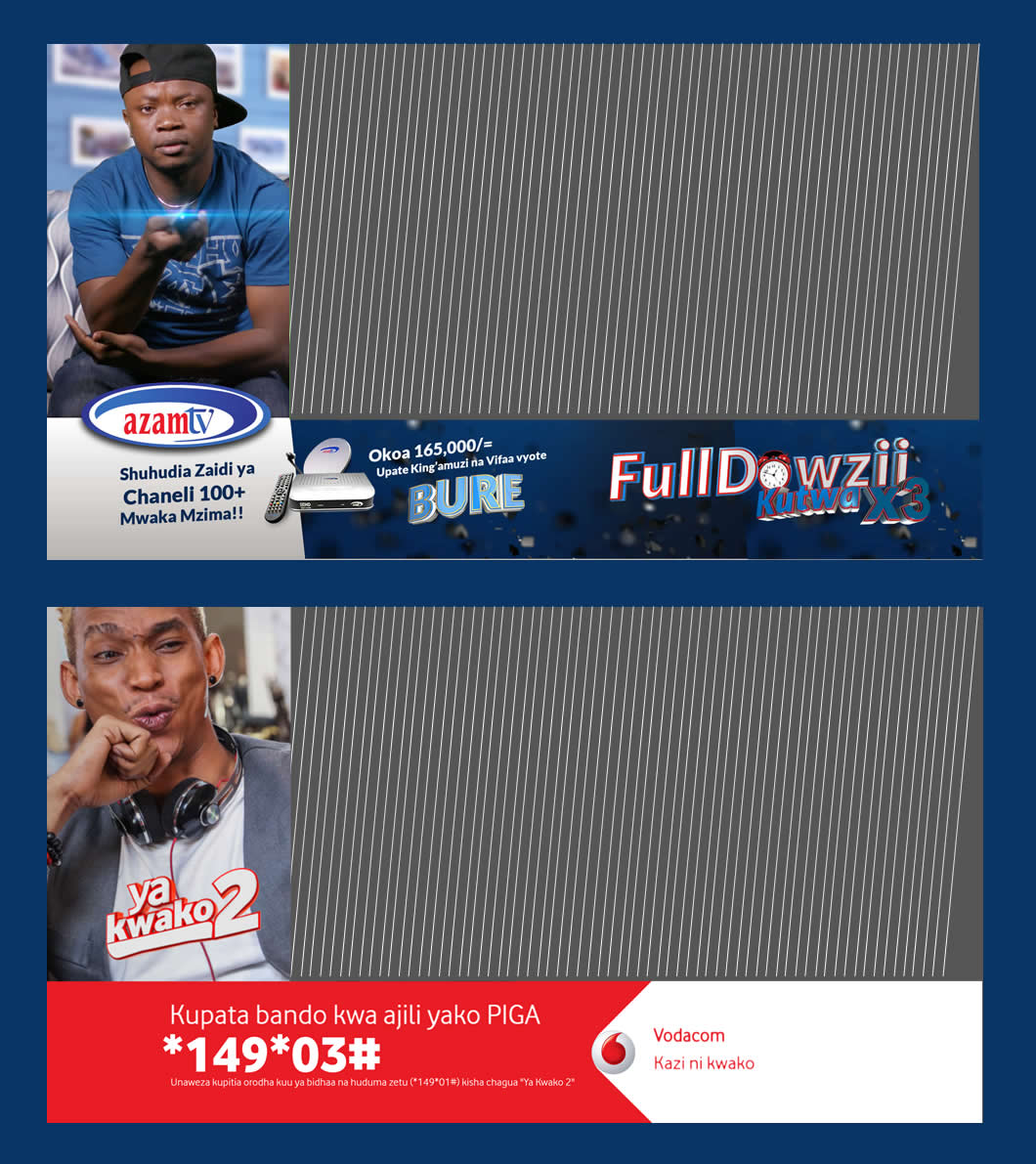 This is an example of a squeeze back with animation ,  Vodacom Tanzania's "Ya Kwako 2" ,